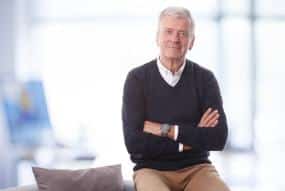 The value of Directors & Officers insurance

A question new clients often ask us is: ‘Do I really need Directors and Officers (D&O) insurance?”  We would say yes, and that’s not just to provide peace of mind.

Our award winning claims team* has seen cases that run into six figures, so when it goes wrong, it can go wrong in a BIG way, leaving you personally liable for costs, damages and a load of unwanted stress.

Being a director of a management company exposes you to personal financial risk.  The last claim we handled was for more than £110,000 (June 2016).

If you make a decision that causes a financial loss to someone, perhaps another leaseholder or a contractor, you could be held personally financially liable.

The same applies if you fail to comply with some regulations. Whether or not you are aware of them, you could still be personally liable.

Directors & Officers liability insurance can help protect you.  While the likelihood of being held liable is relatively small, if something does happen then the consequences can be serious.  And it is important that you have experts on your side to help you when you need it most.

Here are a few examples of the benefits of Directors & Officers cover: